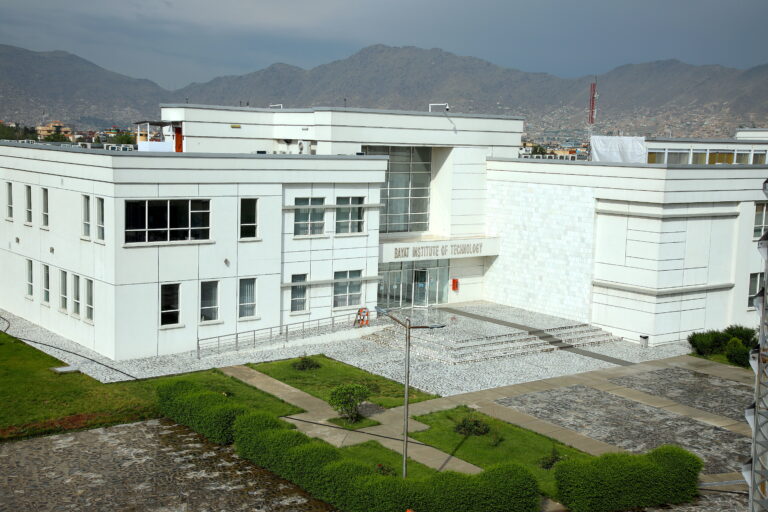 For years, the American University of Afghanistan (AUAF) was the benchmark of international quality education in the war-ridden country, but now the Taliban regime has set out plans to run it their way.

To the surprise and outrage of the AUAF management, the Taliban authorities in Afghanistan have chalked out plans to transform the private non-profit Western-style academic institution into their own self-styled Afghan International University (AIU), in what appears to be an expropriation by the Taliban of AUAF buildings on land leased by AUAF from the Afghanistan government in Kabul.

“No AUAF-sponsored or sanctioned activities have occurred on either campus since August 15, 2021”, AUAF management said in a statement on 8 September responding to reports of Taliban plans to transform the university established in 2006 and built largely with funding from the United States, including from USAID.

The AUAF statement referred to video segments that Kabul released via Pashto-language Radio Television Afghanistan (RTA) and on the Afghan Ministry of Higher Education websites on 4 June and 30 August this year which show AUAF’s International and West campuses on Darulaman Road, Kabul.

“Both video segments [aired by the RTA] referenced the creation of the Afghan International University but were not explicit regarding the intended location of this institution,” the AUAF said.

“However, a banner is visible at the entrance to the West Campus bearing the name of the Afghan International University in Pashto, Dari, Arabic and English,” AUAF said, adding: “AUAF has no role in the newly announced university, nor has AUAF been consulted in its creation or location.”

The AUAF, which has set up a campus in Qatar with the support of the Qatar Foundation and other agencies and provides classes online, reiterated this week that it intends to return to Kabul and resume instruction at the International and West campuses “when conditions allow”.

When asked what the next move would be for the AUAF management regarding the Taliban takeover of the campus, Jeff Gardner, AUAF acting chief of staff, told University World News: “Given the delicate nature of the situation in Afghanistan, AUAF cannot comment on our actions, either underway or pending.”

When contacted, the Taliban’s Deputy Minister for Higher Education Mohammad Ismail said: “We had 39 public universities; now we have established the 40th university which is called the Afghan International University which would only cater for postgraduate studies.”

He added that teaching staff have been interviewed and entry tests for the students would commence soon.

A resolution adopted by the Taliban’s cabinet of ministers in November 2021 endorsed the move to rename AUAF as AIU and commence medicine, engineering and agriculture courses up to doctorate level. AIU will include a faculty of Sharia or Islamic studies, with masters programmes in the law and politics of Sharia and Islamic economics and banking.

According to the ministry, the university is also hoping to gain membership of “prestigious and international scientific societies and organisations”. But it is otherwise unclear how it would be an ‘international’ university.

The Taliban have been pressing the Organisation of Islamic Cooperation (OIC) for support in the higher education sector. Taliban Acting Minister for Higher Education Abdul Baqi Haqqani met with an OIC delegation in June and called for assistance.

The OIC’s education affairs departments in Morocco and Pakistan were approached for comment but did not respond.

There are also reports that the Turkish government could support higher education in Afghanistan with Ankara’s Ambassador to Kabul Cihad Erginay in March assuring the Taliban of assistance with standardising religious and modern sciences curricula at universities and, more specifically, with an online teaching programme at AIU.

It is unclear how AIU will recruit and pay its professors. The BBC Pashto service on 16 August reported that some 400 university professors have left Afghanistan since the Taliban took over, including nearly one in four teachers in the three largest universities in Afghanistan – Kabul, Herat and Balkh.

Herat University currently has only 80 teachers out of the 400 that taught there last year. Balkh University has around 65 left of 400. Recruitment of new professors has been difficult, with few applicants, many of whom are less experienced than existing and departed faculty.

Kabul University, the country’s largest, had about 820 professors before the Taliban takeover and around 254 have since gone abroad.

The change puts the future education of AUAF students left in Afghanistan in doubt. Many students in Afghanistan had to go into hiding after the abrupt suspension of their studies, fearing their association with the American institution would put them at risk as the Taliban has sought to portray AUAF as a bastion of the (US) enemy.

Deemed an alien asset by the Taliban, the AUAF came under attack on 24 August 2016 when four Taliban militants stormed the AUAF compound. The deadly 10-hour assault left at least 15 people dead, including students and staff.

The AUAF bounced back after that attack to resume studies behind highly guarded walls, only to suspend operations altogether on the fall of Kabul to the Taliban in August 2021. At the time, the university was made up of some 700 students, faculty members and other civilians.

The university has been operating online from Qatar since the announcement of its relocation in October, but it did not respond to requests this week for more information on its current operations.

The evacuation of AUAF students began after the Taliban takeover in August 2021 as part of the general evacuation and the evacuation of other US-affiliated organisations under a deal agreed between the US and the Taliban. It continued after US military staff and officials had left, but at a very slow rate and now appears to have stalled.

AUAF’s Gardner told University World News the university’s management was deeply concerned for all their students and had been in continuous contact with them, notably those still in Afghanistan.

“Classes have continued online for the past year, and we continue to work to the best of our ability to assist students in relocating to our new facility in Doha, Qatar,” Gardner said.

At least one female AUAF student sponsored by the Qatar Foundation was part of a group of over 62 female students prevented by the Taliban from boarding a flight to Qatar last month, reportedly because they were not travelling with male guardians, according to local Afghan media.

AUAF President Ian Bickford told NPR last month that more than half of the students who were enrolled at the time that the campus was closed have left the country.

“More will leave to join us in Qatar. We anticipate that once the campus in Qatar is operational, all of the women who were enrolled at AUAF last spring will have left Afghanistan and, very hopefully, most or all of the men as well.

“Others are living and studying independently online in various other countries, and more than 50 of our students now are in the US, with the largest number in residence at Bard College in New York.”

© Friends of the American University of Afghanistan 2022