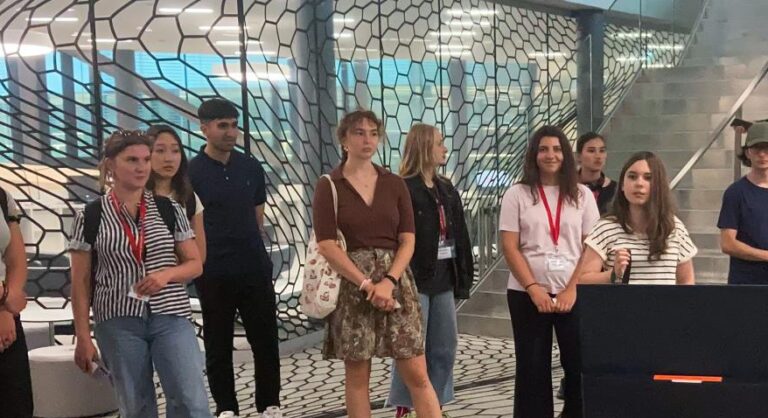 Education is Power for Peace and Security in Afghanistan

In August 2021, when the Taliban took Kabul, the American University of Afghanistan (AUAF) was exiled and many of its students fled the country in search of safety and means to pursue their studies. David Edwards, Professor of Anthropology at Williams College and board member of AUAF, responded by contacting colleagues around the globe, including Professor Alessandro Monsutti of the Geneva Graduate Institute as well as the Global Migration Centre, to help these students continue their education through collaborative academic efforts.

One result is the Summer Refugee Research Practicum, which takes place during the month of July 2022. Over the course of four weeks, refugee undergraduate students from Afghanistan and Ukraine, as well as students from a number of other countries, will learn how to tell refugees’ stories through film. From 4-7 July the students have been invited to the Geneva Graduate Institute to learn in the classroom from anthropologists David Edwards and Alessandro Monsutti, their colleague Victoria Fontan, as well as filmmaker Alžběta Bartoníčková.

Following the classroom sessions, the students will embark upon two weeks of conducting interviews and filming refugee stories in seven countries spanning from Turkey to Spain and the United Kingdom, after which they will reconvene at the Czech Academy of Science in Prague to combine their chapters into a single film.

“The goal of the course is to make refugees more visible while also creating a template for continuing education for displaced people”, said Professor Monsutti. “This particular course associates two populations of refugees that had their studies interrupted because of conflict. The idea is to help them reintegrate into academia after that experience”.

CLICK HERE TO READ THE FULL ARTICLE
return to news

© Friends of the American University of Afghanistan 2023