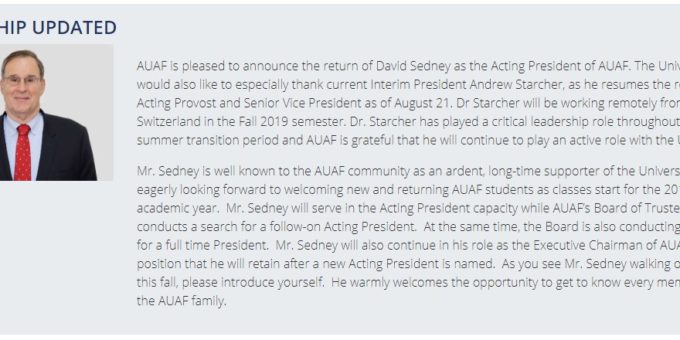 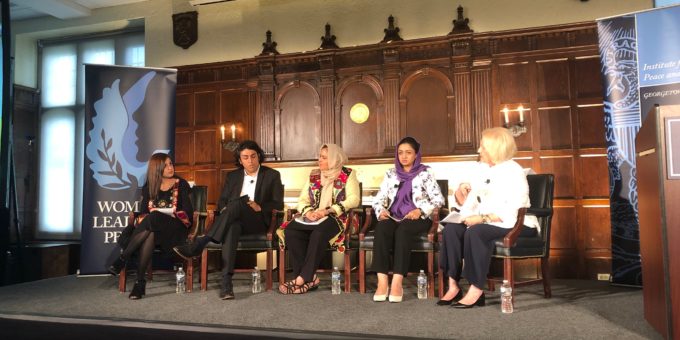 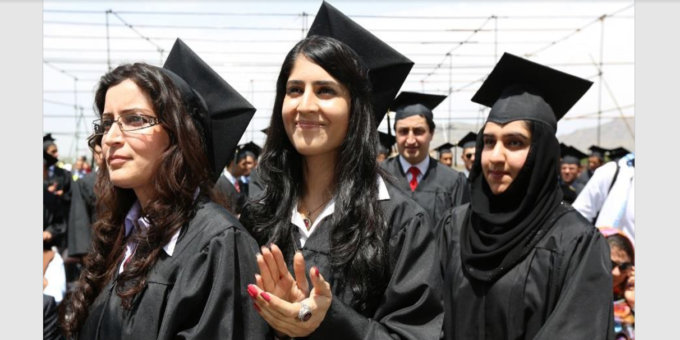 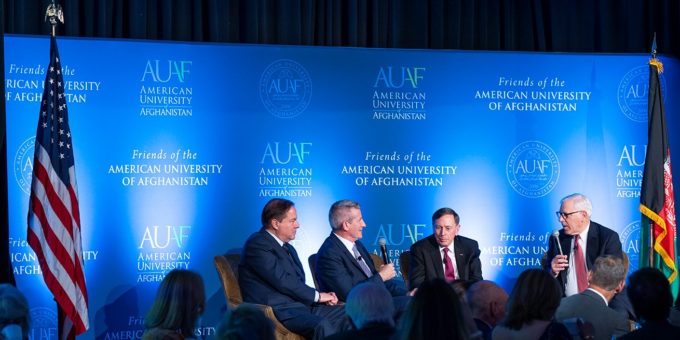 Friends of AUAF (FAUAF) held its Annual Awards Dinner at the Four Seasons in Washington, D.C. on June 17th. During the dinner, the American University of Afghanistan’s Board of Trustees awarded Honorary Degrees of Doctor of Humane Letters to David M. Rubenstein, Co-Founder and Co-Executive Chairman of the Carlyle Group, General (Ret.) David Petraeus, Chairman […] 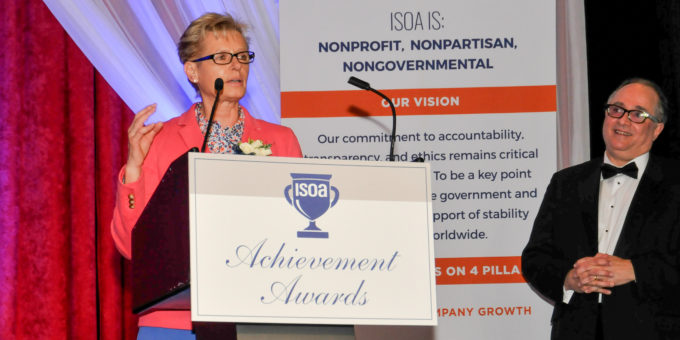 On June 5, 2019 Ella Studer, Member of the AUAF Board of Trustees and Senior Vice President for KBR, was honored by the International Stability Operations Association (ISOA) with the ISOA Lifetime Achievement Award for her contributions to stability operations across the globe. Ella is a senior leader with over 30 years of public and […]