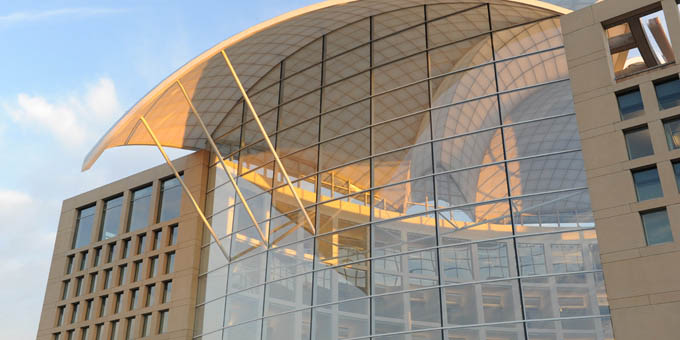 WASHINGTON -This year’s graduating class from the non-profit Institute for Economic Empowerment of Women (IEEW) will be taking part in its annual leadership development training, mentorship program, International Women’s Economic Summit, and graduation gala. The theme of this year’s Summit is “Beyond 2020/nVISION Success,” and the two-day event will feature major international and corporate leaders. It will be held from July 23-24 and will be hosted by the United States Institute of Peace (USIP) in Washington, D.C.

Six-year-old Oklahoma City-based IEEW provides training every year to 60 women in Afghanistan and Rwanda, to help them grow their own businesses. This is the PEACE THROUGH BUSINESS® program. As part of this training, half of the students are selected to travel to the United States for higher-level business and leadership training in all manners of subjects. Learning how to discover more through SEO research, or how best to funnel traffic to their businesses make up part of the program that culminates with the Summit and graduation. The International Women’s Economic Summit provides a rare chance for the press to interview these women and dignitaries from Afghanistan and Rwanda.

“We have a wonderful lineup of speakers and guests at this year’s Summit who embody IEEW’s mission of empowering women economically, socially, and politically,” says Dr. Terry Neese, founder/CEO of IEEW.

When Farah embarked into the workforce as an Afghan woman, she bravely chose to enter into the predominantly male fields of engineering and construction. Having moved back to Afghanistan from Pakistan after the political changes resulting from September 11, 2011, Farah continued her higher education at the engineering facility of Kabul University, where she received a B.A. in Architecture, and she pursued a Master’s degree after being offered a grant by the Italian government. Farah served as president of the Society of Afghan Women in Engineering and Construction (SAWEC) for one year. She is now working for the Dehsabz-Barikab City Development Authority in an urban planning position.

Lina risked her life to work as a veterinarian with the German Afghan Foundation and to volunteer with other NGOs. She witnessed starving, poverty-stricken families unable to properly clothe themselves or heat their house. In the new environment in Afghanistan, Lina has had the opportunity to provide unskilled and illiterate women the training they need to help their families. Life Skills Development Center (LDC) offers programs which allow women and youth to become independent. Being able to give this kind of support makes Lina happy.

Never fleeing Afghanistan during the war, Lisa secured employment with an international organization as a health and nutrition coordinator, providing much-needed medical care to women. Lida found the job rewarding despite the violence and stress. Lida is most passionate about offering a comfortable medical environment for Afghan women, as most prefer to be examined by a female doctor, and provide courses for aspiring medical students.

During the time of the Taliban, medical services were poor, and Laila’s family was forced to go to Pakistan for her aunt to undergo surgery for cancer. Unfortunately, upon return to Afghanistan her aunt suffered a relapse and died. Laila had met several women who had overcome cancer, but all of these survivors lived outside of Afghanistan and had access to better healthcare and fitness centers. The loss of a loved one motivated Laila to establish a fitness center for women.

Socially conscious Storay used the skills and knowledge she gained by working as a field associate with the UN High Commissioner for Refugees (UNHCR) and as a volunteer with both Women Unity for Rehabilitation and the Afghan Women’s Network to open her business Tailoring and Business Management Course.

As a 17-year-old during the Taliban regime, Frozan taught at an underground school for girls and was involved with a provincial weekly publication. Frozan has continued her work in the media: she worked five years for Pajhwok Afghan News Agency as a Political and social Reporter, she has contributed to the annual report for the International Federation of Journalists (IFJ) about the challenges facing Afghan journalists, is a freelance writer with The Human Rights Watch. Recently, Frozan established her own media publication.

During her time as OXFAM’s ‘End Violence against Women’ campaign manager, Freshta frequently encountered issues with the advertising company OXFAM had hired. Using her own frustrations as inspiration for how to do things right, Freshta decided to open her own advertising and printing press company. Freshta also wanted to show women that there were other work opportunities available besides sewing and handicrafts.