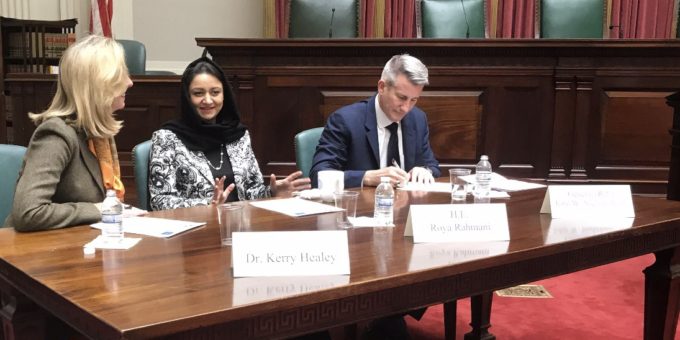 On February 21st, the Harvard Veterans Alumni Organization (HVA0) partnered with Friends of the American University of Afghanistan to host a panel titled “Education and Security: The Keys to Afghanistan’s Future”. The panel allowed for an engaging discussion between experts in the fields of education, defense, and development.

Many perspectives were shared throughout the evening regarding the power of education and its undeniable role in creating a peaceful and prosperous future for all Afghans. Thank you to the Harvard Veterans Alumni Organization for sponsoring this important discussion.