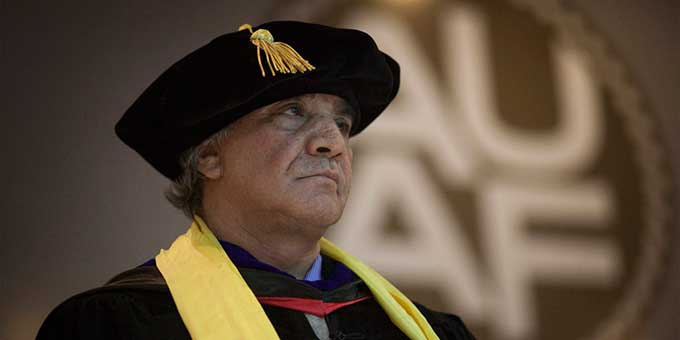 The award was presented by Dr. Dorothea Ruland, Secretary General of the DAAD, to recognize Fayez’s contributions to Afghanistan’s higher education sector. Fayez received the organization’s Medal of Honor, the first medal the organization has bestowed in Afghanistan.

A second medal was given to Akbar Popal, the president of Kabul University in 2002 who was appointed by Fayez, then Afghanistan’s Minister of Higher Education

“This means so much to me,” said Fayez. “Germany was the first donor nation to recognize the importance of rebuilding higher education back in 2002, and they engaged very seriously, very early. It was more than just their financial support – they were and are morally committed to the betterment of this country. The Afghanistan-German relationship has always been strong, and it has been a pleasure working with DAAD and other German organizations in the education sector.”

The ceremony was attended by the German ambassador to Afghanistan, Rudiger Konig.

The American University of Afghanistan is located in Kabul, and enrolls more than 1,700 students between its full and part time programs.