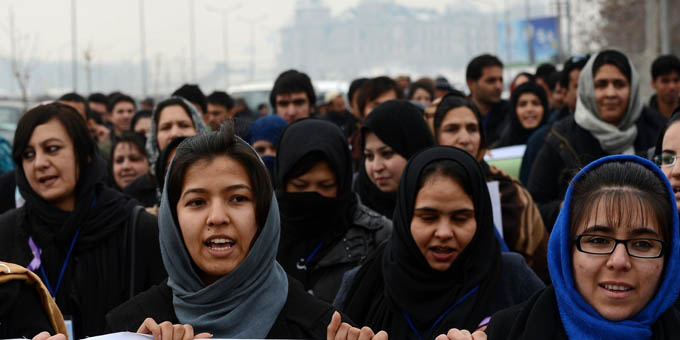 On May 18 this year, former first lady Laura Bush wrote an Op-Ed article in The Washington Post.

The article was a plea for the United States and our NATO allies to not abandon the women of Afghanistan. The ex-first lady wrote of her fears that a return to rule by the Taliban as the allies pull out of Afghanistan would send the country’s women back to the dark ages.

Mrs. Bush reminded readers that girls have only been allowed to return to school in Afghanistan since 2002. Since then, 4,000 schools have been built, and there are more than 100,000 new teachers. Most importantly, there are 7 million students in primary and secondary schools – and 37 percent of them are girls.

When the Taliban was in power, there were only 900,000 elementary to high school students, and all of them were male.

In 2006, the American University of Afghanistan opened with only 50 students. This coeducational university now has 1,700 students and offers an MBA program.

A basic literacy and math education program now reaches 300,000 adult Afghanis – 60 percent of whom are women.

Mrs. Bush revealed that a group called the Ulema Council that advises the Afghan government on religious matters recently advocated support for husbands beating their wives. It also urged the government to declare men “fundamental” and women “secondary.”

The former first lady asked the United States and its NATO allies to condition further aid, investments and alliances to Afghanistan on the protection of the gains women have made there in the last decade.

One can only hope our government and its allies take Mrs. Bush’s plea to heart.